I Love the Italian Language 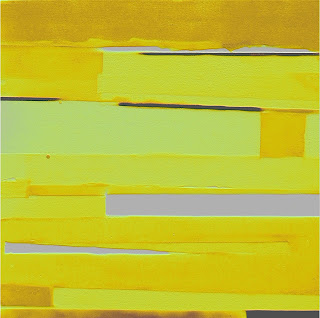 When it comes to naming my art series', I make a beeline to the Italian language. Everything about Italy and its culture revolves around passionate feelings and ideas. This is how I feel about making art. I'm very passionate about it. The above work, titled Terra U1, or "earth mother", is in essence a landscape, an abstract landscape to be sure, at least in my mind. This is a digital photo capture of part of an original work I painted in 2015, which I have run through Photoshop several times over the years, thereby giving it several iterations. It also has a velvety looking texture to part of it. This one, which is one of three tonal values that I created, has a 3D effect going on. Personally, I like it a lot. It reads ground and sky to me. I sell it as a print.

Round Has Met It's Match 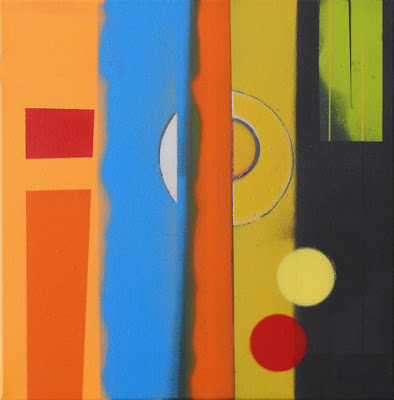 My brand new series, Forma Rotonda, is the addition of the Round form to the angular shapes, squares and rectangles, that I have been painting since late 2016 with my Urban Summer/Urban Winter Series. The dynamic that they bring is undeniable, the energy and the movement, and the completion of a form that meets the viewer of the canvas. The rectangular shape, especially when it runs from top to bottom, or side to side on the canvas, implies infinity, infinite linear-ness. With the addition of the circle, or round shape, the story is concluded in the form. It begins and ends. To some that is comforting, to others, they want more. And when you have both shapes on the same canvas, it can satisfy both philosophies, or needs. The two geometric ideas can play off of each other and provide a beginning, a middle and an end. To some, that is the real complete philosophy. 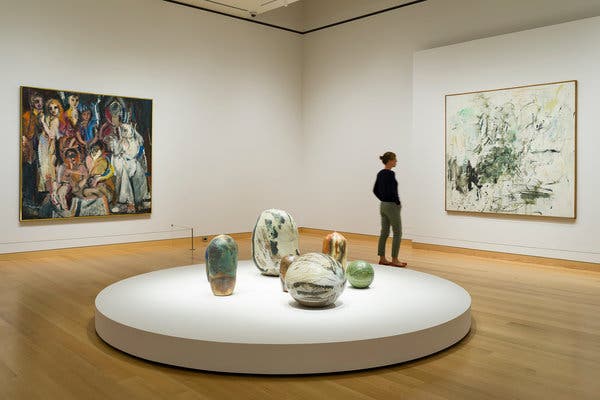 Human progress is hard fought. As this article illustrates in the NY Times, a survey by Artnet of major art museums across the country, such as The Los Angeles County Museum of Art, MOMA, The Museum of Contemporary Art in Chicago, and others, is that the dollar value of art sales by women has increased significantly between 2008 & 2018, but the number of exhibitions by major women artists has pretty much remained flat.

When we look at the larger progress made by women in the U.S. & societies across the world, it's no surprise, I believe, that the number & stature of exhibitions would be any different. Not until parity is reached with men, politically, in the CEO towers, and in the everyday work force, will this change dramatically. I believe that the correlation is direct and unmistakable. 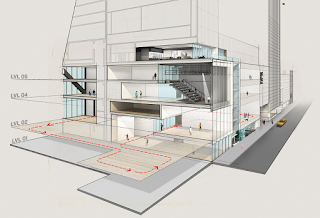 There is nothing like the Fall in the art world, with all of the new shows around the country and around the world. This is our Spring, a time of renewal, and maybe new ideas. Three are in my hometown of Los Angeles, so I'll have some good things to check out. Hope you can make it to some too.
Link: Fall Preview from ArtNews
#Leonardodavinci #Museumofmodernart #Louvre #Namjunepaik #Artnews
on September 12, 2019 No comments:

Decision, or No Decision 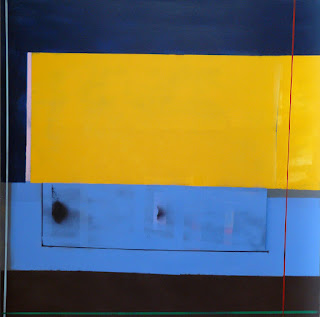 The decisions we make sometimes as artists sometimes leave us feeling not regretful or misplaced, but on hold. I say this when looking at this painting, titled, Afternoon Sun, which I painted in 2012, early in my art career. After I finished it, I recognized that I had created something really nice, pleasing to the eye and something that I was proud to hang on my wall. I thought the color palette was cool (no pun intended) and the composition was very interesting, if not minimalist. It was all of those things at once. What it didn't do was jolt my imagination. It didn't look totally original to me. It reminded me in so many ways of other artists that I was familiar with, ie: Mark Rothko, Barnet Newman & Jack Bush's fields of color, to name a few. So I made the decision to explore the world of art in me, to discover who I was as an artist. I was seeking originality of some degree in my work. In the art world today, that is a tall drink. So much has been done and done again. I began a soul searching process, looking at my heart and what interested me in life, such as relationships and nature. The process involved a great deal of experimentation and trial and error. The Chain Drive Series, below, was the first thing to evolve, using different shapes, round shapes. I was happy with some of what I created and helped me to understand where I wanted to be. When I began painting the Urban Summer/Urban Winter Series in late 2016, I realized that I was painting me. I had landed on what my heart was saying to do. I had found my style. 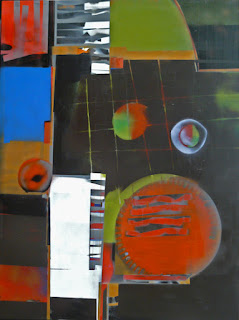 CNN has published what are sketches by the artist Leonardo da Vinci underneath his painting "The Virgin of the Rocks", which he painted somewhere between 1495 and 1508. The sketches were revealed by imaging data.

In this interview with Voyage LA Magazine, I discuss how I developed my current art series, Urban Summer/Urban Winter. It was basically an accident while I was painting another series. It does seem to be a truism that the best things in one's life come about when we are not looking, when we least expect it. This does not diminish the importance of setting goals and working towards them. 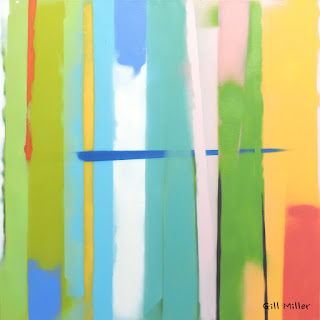 OK. Hear me out on this one. An artist's relationship with their art is sometimes complicated, or at the very least, personal. Their art is like their baby. So, by the time I had painted this beauty, I had already painted five paintings before it in this Series. Now, only no. 1 of the first five were very good, but the jury was still out on no. 1. I had a vision for what I wanted, but translating that to canvas can often be trial and tribulation. That's what makes us grow as artists, right? So along comes this one, no. 6, and I knew I had created something worthwhile, at the very least, I thought. So, paintings 2-5 I discarded, or painted over, and re-named this Urban Summer 2. About a year later, after painting 20 or so paintings, I painted over no. 1. By that time I had named and published all of these and I couldn't rename them all, so I kept this as no. 2. There is no no. 1. It is a reminder of the birthing of this series and the process that it took. 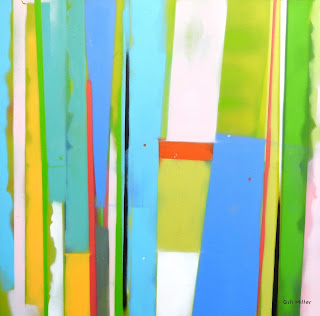 I start with Urban Summer 9, which I painted in 2017, as the 9th
painting in my series, Urban Summer/Urban Winter. This is my
best selling art print sold through art publishers from this series.
I mention this for the reason that this is not my favorite painting
from the series. As the guy who conceptualized and painted the
series, you'd think that I would know what people should like best
in my art.

I don't lament this loss of control; I never had it in the first place.
And I kinda like the surprise. 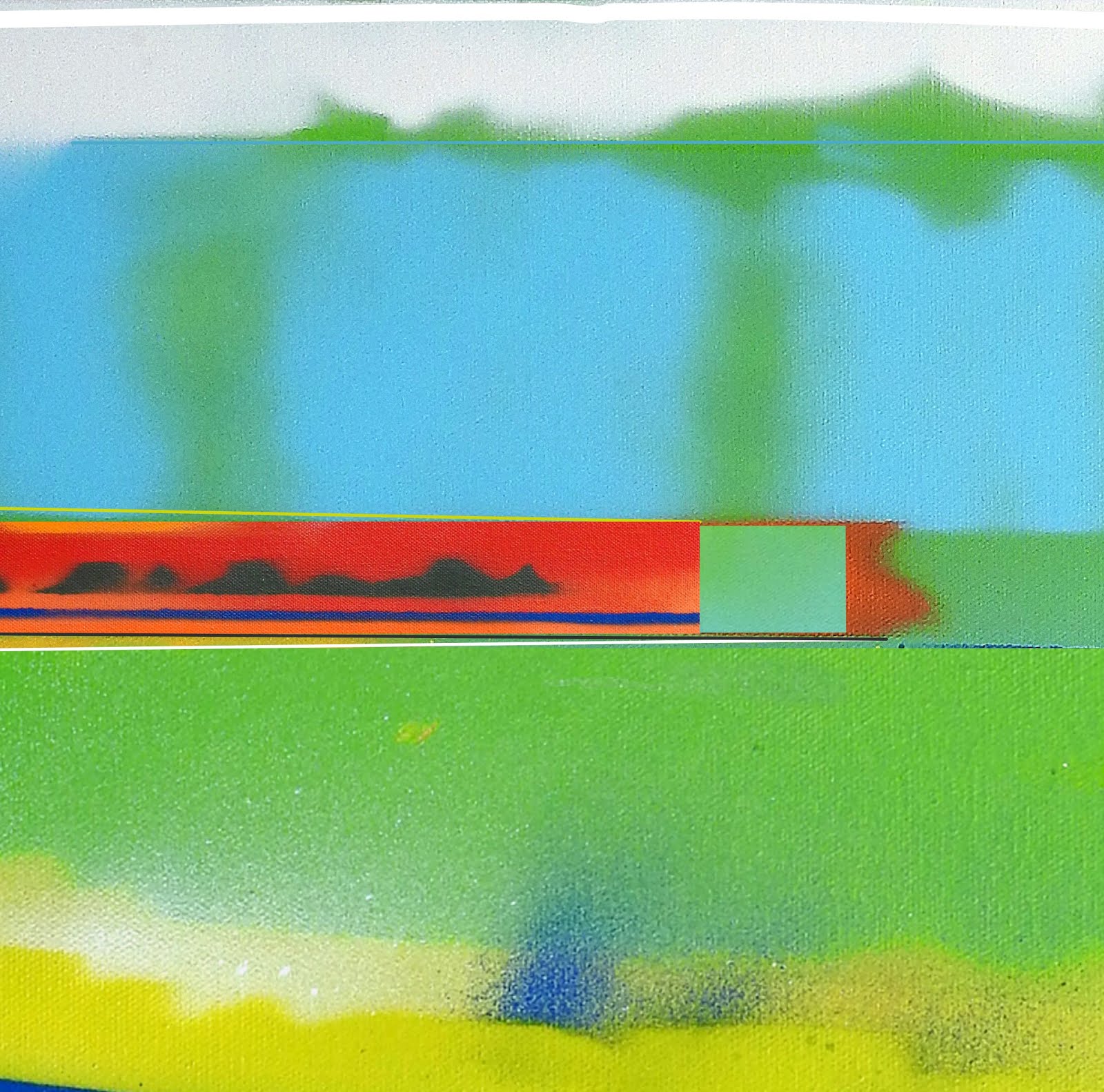 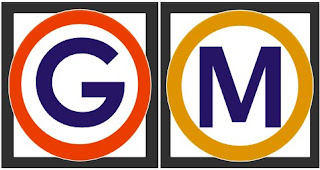 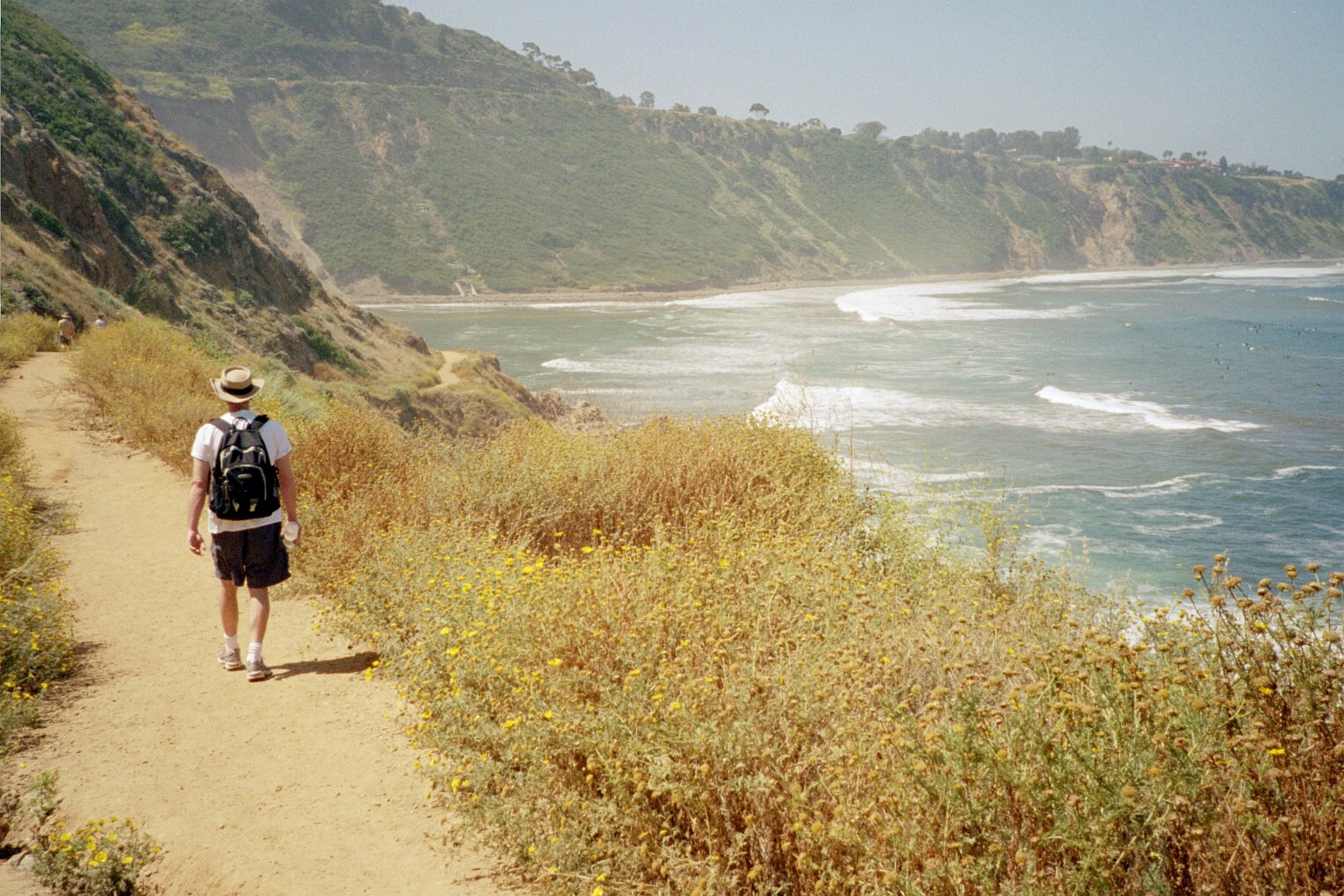 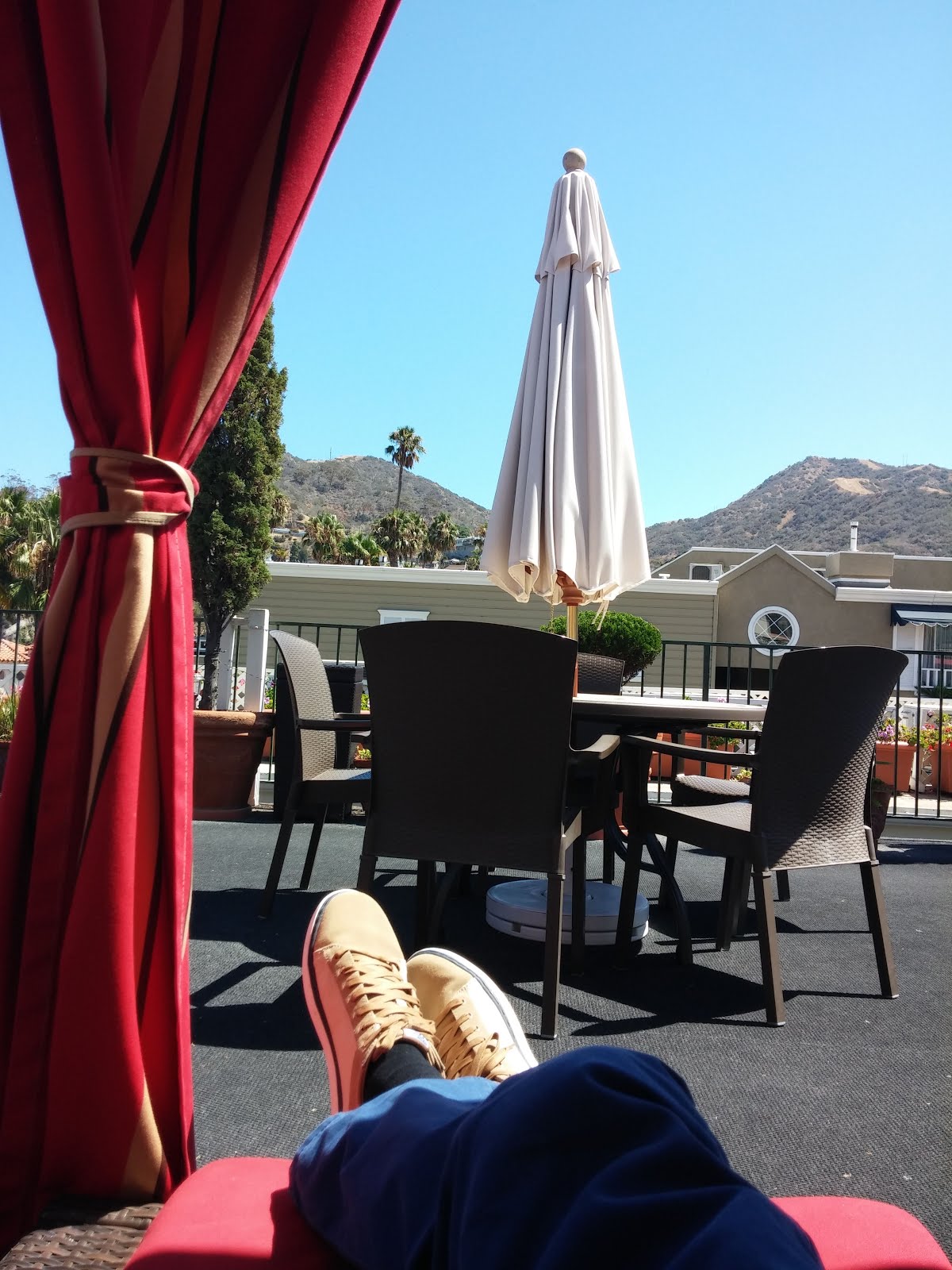